Does An Air Purifier Emit Hazardous Ozone In Your Home?

How To Remove Dangerous Ozone From Your Home And Which Air Purifier Filters To Use.

Ozone is dangerous and can irritate your respiratory tract. It is usually the product of the emissions of outdoor pollution. Nevertheless, you can also find it indoors as there are items in your home that emit it, including some air purifiers either deliberately or as its by-product.

There are units on the market promoted as an air purifier that emit massive amounts of ozone intentionally. When applied in water purification, ozone is effective. However, ozone in the air needs to reach high levels to get rid of air pollutants. According to health experts, it is crucial to control the conditions to make sure that people and even pets do not get exposed to ozone at high levels. . For this reason, it is not advisable to use ozone generators. Furthermore, they are inefficient at cleaning indoor air.

Fortunately, you can rely on some air purifier technologies to help filter and even remove ozone in your home safely.

What Exactly Is Ozone?

The majority of oxygen in our atmosphere is comprised of two oxygen molecules. However, three oxygen atoms unite to form ozone, making it highly reactive in comparison to oxygen or O2.

There is good and bad ozone. The layer of ozone in our atmosphere is the good kind. It ensures that the dangerous ultraviolet rays of the sun do not reach and damage the surface of the earth. On the other hand, ozone occurring at ground level and at high concentrations is hazardous to health, causing serious respiratory illnesses. 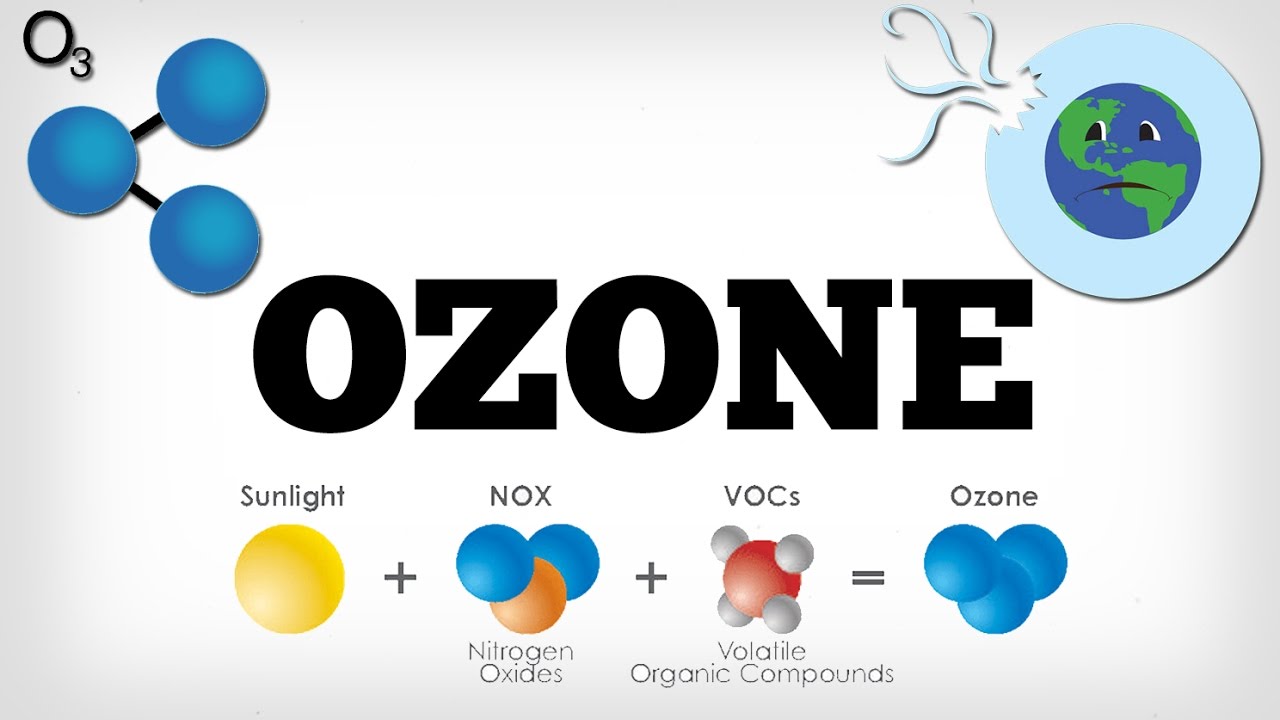 Ozone can quickly mix in with other substances it encounters. This creates chemical reactions, which, in turn, form unique chemical compounds. Hence, even at moderate concentrations, it can easily damage latex and other organic substances. That’s why ozone can also weaken the mucus membranes in your lungs, nose, eyes, and mouth.

To create ozone out of oxygen, it will require a certain quantity of energy. One of the most common sources for this is electrical charges. That’s why it is typically connected with electricity, and you can detect its distinct smell right away. Another thing that creates ozone is lightning strikes, as well as small electrical charges, such as those produced by an ionizing air purifier.

The ozone level in your home is usually lower when you compare it outdoors. Nonetheless, it is still harmful if you are exposed to it for longer periods. This is especially true if you or a family member is suffering from bronchitis, emphysema, COPD, or Asthma.

What You Need To Know About Ozone Generators 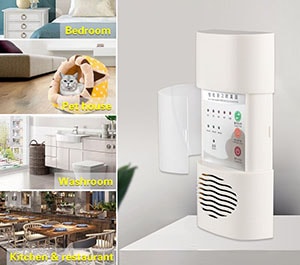 An ozone generator is a type of air cleaner that emits ozone intentionally. Some manufacturers refer to ozone inappropriately as energized oxygen, super oxygenated, and activated oxygen, suggesting that ozone is a type of oxygen healthy for humans.

As mentioned above, ozone can quickly react with other molecules it comes in contact with. Hence, the manufacturers of these devices are claiming that their products produce ozone that can clean indoor air and get rid of bacteria, viruses, chemicals, odors, mold, chemicals, and airborne particles. But keep in mind that to be partially effective at purifying the air,  ozone needs to be used at very high levels, which is unsafe and can put your health at serious risk.

Air purifiers that use electrostatic precipitators and ionizers emit ozone as a by-product of their design and function. They work by electrically charging particles in the air, causing them to attach to the floor, wall, and other surfaces in the room.

How Do I Know If My Air Purifier Emits Bad Ozone?

You can tell if your air purifier is releasing ozone in the air with the following:

What Types Of Air Purifier Filters Can Eliminate Or Lessen Ozone?

Ozone is not a particle but a gas. Therefore, your typical air purifier will not be able to eliminate it from the air. In fact, any kind of mechanical filter, those that may be built-in to your HVAC system, or HEPA filter, will not have an impact on ozone levels. Furthermore, devices like ozone generators and ionizers are not only inefficient but will generate it as a by-product. 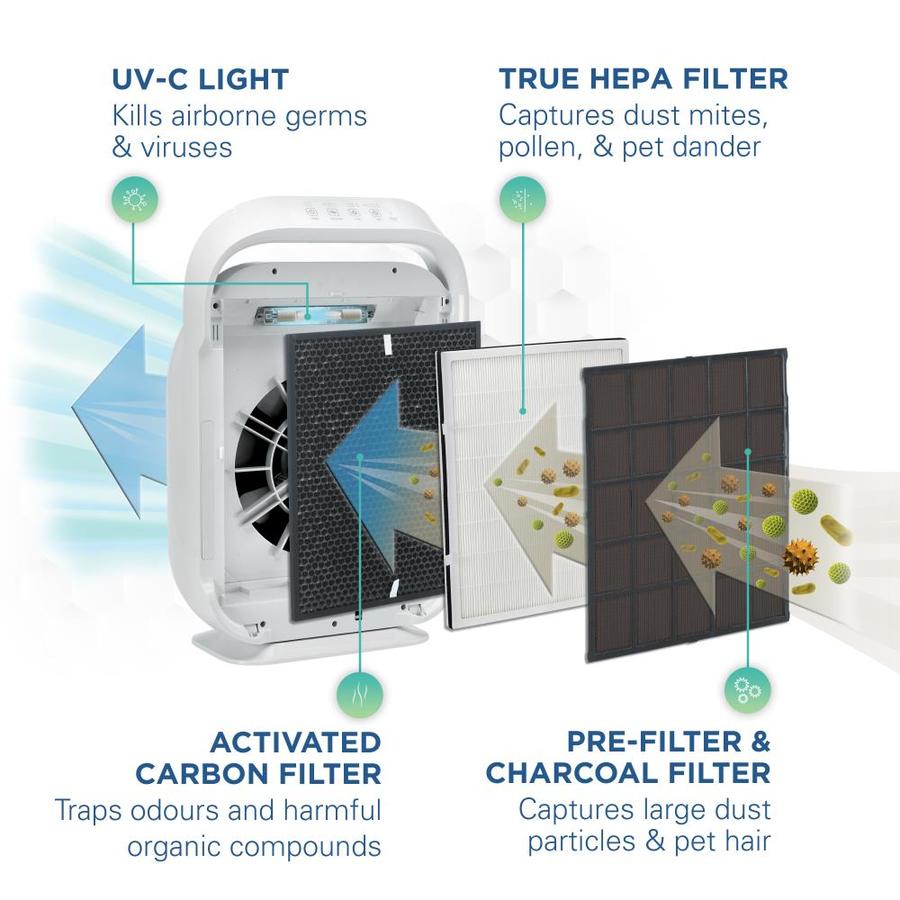 Meanwhile, it is possible to filter indoor air with activated carbon. The third oxygen atom of ozone attaches easily to other molecules, making it reactive. This causes the ozone molecule to break off, leaving only oxygen behind. Carbon filters come with numerous molecular spots to which ozone molecules can attach to. According to studies, filters that have carbon stages can eliminate around 60 to 70% ozone from indoor air.

PECO air purifiers can also remove ozone from the air since it utilizes photocatalytic reaction, which decomposes ozone and turns it back into O2. Because of the hydroxyl radicals’ interaction generated throughout the PECO process, ozone becomes a more stable oxygen molecule instead of a highly unstable three oxygen molecule.

Dealing with ozone in your home will depend on its source. You also have to consider whether the culprit is from the outside or inside of your home. If you are located in a place where air pollution is high, it will be difficult to manage the external source of ozone. The best thing you can do in this case is to keep your windows closed as much as possible, especially during the summer. Furthermore, you can lower the ozone levels inside your home by using the proper air purifier.

Benefits of Air Purifiers for Your Babies